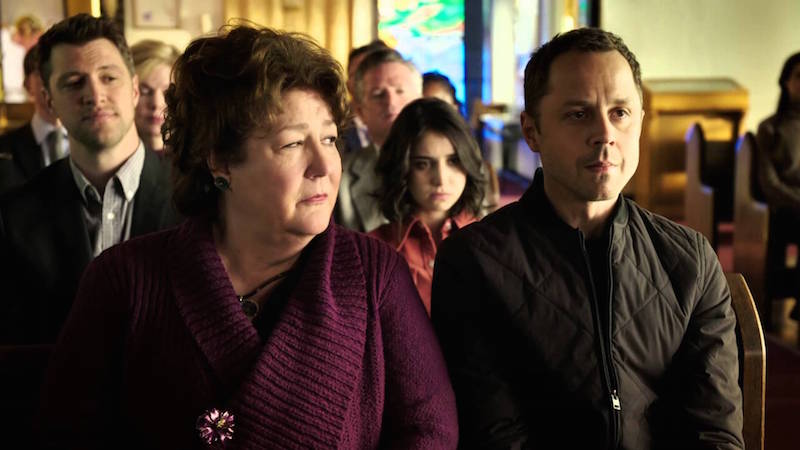 Last year Amazon released the pilot for Sneaky Pete, which you can stream right now with Prime, and quite honestly it snuck past me until recently. Executive produced by Bryan Cranston, AKA that guy in his underwear, and starring Giovanni Ribisi. Sneaky Pete tells the story of a con man, recently released from prison and on the run from mob goons, who adopts the identity of his yammering cellmate Pete and hides away with the family his cellmate hasn’t seen in twenty years.

Of course being the smooth con man he is Ribisi blends in easily as “Pete” molding right into his long lost family, which includes his Grandma played by Margo Martindale who is great in everything. A couple of interesting dynamics are setup for future episodes, the seeds are planted for a future antagonist in Domenick Lombardozzi, there’s a potentially awkward “incest but not incest” romantic relationship that could be poking its head into the plot down the road with “Pete” and his “cousin” played by Marin Ireland, and Pete’s old friend happens to be a cop.

Ribisi is great as Marius, AKA Pete. It’s always fun to see an actor playing an actor and Ribisi’s Marius is truly a master actor who seems to be constantly conning his way in and out of worsening situations.

The show’s got a solid soundtrack that adds to the attention grabbing style. There’s also a little hook in the end that’ll surely get some people anticipated for the upcoming season.

It’s a concept we’ve sort of seen before. Guy adopts the identity of someone else, has to fit into some group, will he or won’t he get caught. But it’s got style, an interesting personality, and Ribisi is great as “Pete”. Only through future episodes will we be able tell if Sneaky Pete has what it takes to not suck.

Amazon is supposed to release season one sometime this year, so hopefully we’ll all be able to binge away the first season before December. Until then check out the pilot and give Amazon the comfort of knowing they made the right decision when paying to produce this series.

The Sneaky Pete Pilot gets…
4/5 Stars