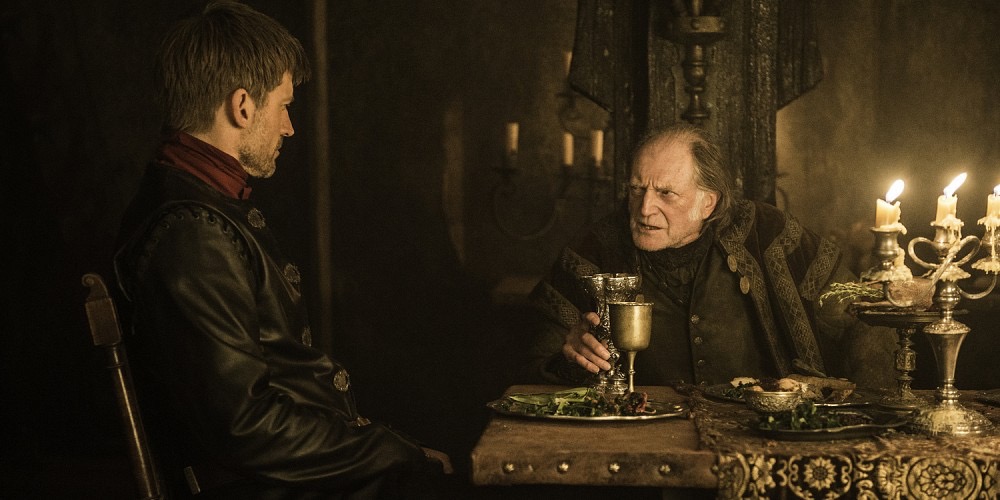 Wow…so a lot happened during last night’s season finale. Poor Margery, her and Loras will be missed, Mace was kind of a douche. Tommen went out like a wimp, classic Tommen. Cersei rises, John rises, Arya and Varys display magical transportation abilities, and we finally get to see Daenerys head towards Westeros. It was Frey-tastic.

Moves have been made on the chessboard that is Game of Thrones, the game has dramatically changed on many different fronts. Who knows how Westeros is going to handle all these new management changes. Who knows what’s going to happen once Daenerys lands ashore, I’m guessing there’s going to be some dracarys beatboxing from MC Khaleesi. Some loose ends were tied up, some questions answered, while others were raised. I think I speak for everyone when I say the finale left us asking  what in seven hells is going to happen next. I’m sure a few of you have your predictions, just like I have mine.

A few weeks ago I made some bold unsubstantiated & uninformed predictions regarding the rest of season 6, lets see how I did… (Link to prediction article below)

Check out my predictions in the link above…

1. Arya never did a backflip – no points

3. No castrations – no points

5. We never see Uncle Benjen specifically teach Bran how to make caribou jerky but they obviously had a lot of time together off screen, so he could have so I’ll count that as half a point – half point

7. Didn’t count the Theon castration references but I think they were there – half point

8. Tommen absolutely did die before he got to bed Margery (who also tragically died) – one point

10. Legolas didn’t kill Wun Wun, but he was killed by an arrow(s) so counting that as half a point – half point

11. Sadly we had to see Dorne again – no points

12. Wild fire plays a somewhat important role in this episode… – half point

15. Sam does not get his sword stolen – no points

16. Frey gets killed (by Arya though) – half point

17. Pretty sure I saw Omar at some point – one point

18. High Sparrow never got to use a Django Unchained wrist weapon – no points

19. Bronn said several hilarious things in the short time we saw him – one point

So altogether I got eight and a half out of twenty, confirming they were indeed unsubstantiated. It’s a shame the season is now over, but what a season it was. Now we wait….

On a side note I’m calling it now and saying GRRM probably won’t get Winds of Winter out by next season. People have been saying soon, but apparently they’ve been saying that for years. The next season will probably come before the book, GRRM will probably watch the internet explode like the sept and he’ll probably pull a Tommen… but hopefully it will be released soon, giving fans something to argue about until next season.

Feel free to leave a comment, and thanks for reading…

One thought on “Game of Thrones Season 6: Thoughts & Prediction Results”