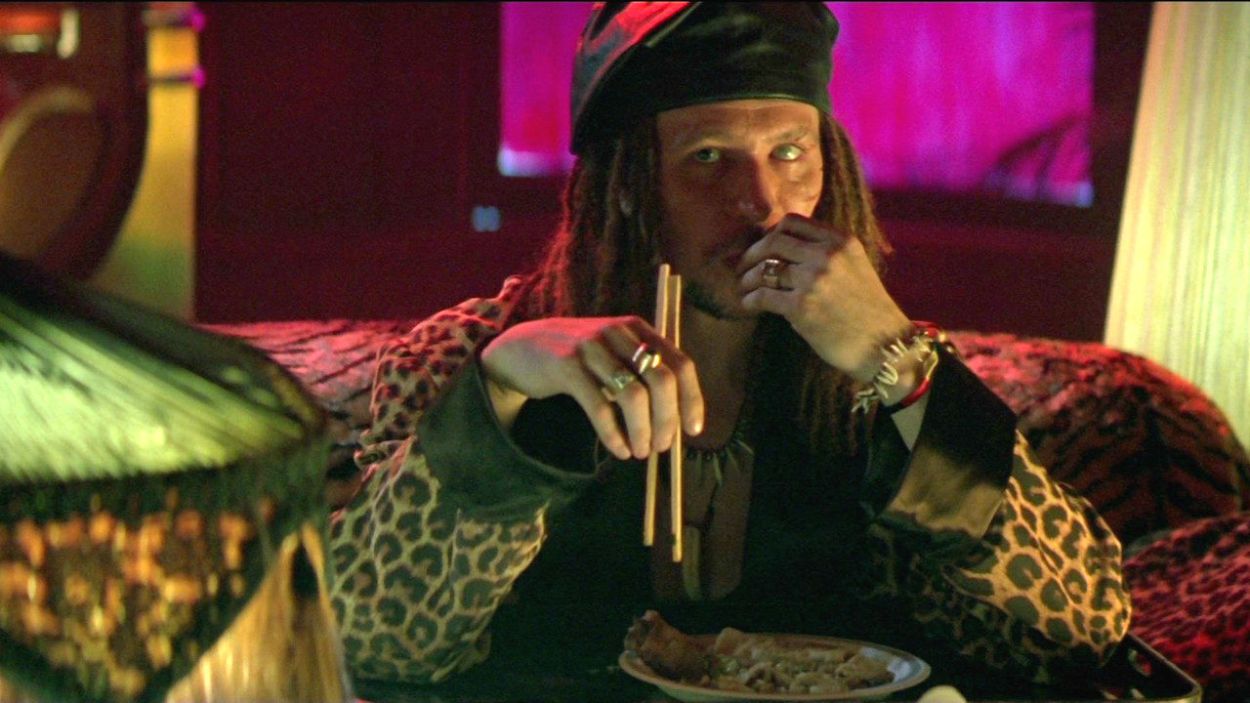 Gary Oldman is a crazy actor. He’s pretty much better than everyone… EVERYONE! Oldman (not to be confused with Oldboy, the remake of which probably would have done better with a little Gary Oldman) is a legendary actor who’s portrayed more iconic characters and colorful villains than damn near anyone out there. In my opinion he’s quite possibly the greatest living actor (with the exception of maybe Daniel Day-Lewis and I don’t know maybe Mark McGrath of Sharknado 2) currently out there.

As I’ve said before Gary Oldman plays an excellent villain just watch his voice in Kung-Fu Panda 2. He was also Dracula in Francis Ford Coppola’s Bram Stoker’s Dracula or as I like to call it Godfather Part IV. Then of course there’s his characters in the two quintessential Luc Besson films Leon: The Professional and The Fifth Element. In both films Oldman does what he does best, he goes crazy, he acts like no one else on the planet, and he carries around a weird sense of terror like a heavy backpack wherever he goes. Yet the two characters he plays in Leon and The Fifth Element are in completely different ballparks. Thats what makes Oldman so awesome, he always brings the ruckus, and he always manages to bring a new face/person to the screen with each portrayal. If he wasn’t born across the ocean I’d petition for him to be President. Speaking of Presidents one of Oldman’s most memorable villains is Russian terrorist Ivan Korshunov from Air Force One. Nobody gets off a plane like Gary Oldman. Yet one of his finest roles, which happens to be another villain, happens to be one of his shortest. In the movie True Romance, Oldman plays a drug dealer named Drexyl, he’s only in the movie for a few minutes, and he’s fuggin crazy. Check it out…

But Gary isn’t just a villain, he’s also a hero, he’s played some of films greatest heroes. Oldman played Commissioner Gordon in Christopher Nolan’s Dark Knight Trilogy and much of the time he acted as a more relatable perspective for the audience to take in the glory that is Nolan’s Trilogy(I’m kind of a fan) and a lot of the time he was the one who brought the emotion out of the screen. Let’s not forget his death fake-out(spoilers) and the ending of The Dark Knight. And then we got Harry Potter’s uncle in the other corner. Sirius Black, the underdog fake villain real hero werewolf wizard portrayed by Gary Oldman, is a fan favorite for many Pottheads. Little known fact, they were going to CGI him as a wolf but Gary Oldman was actually able to do that so they figured they’d just use the money on more dirty dementor sheets.

Then obviously there’s some stragglers when you have a career as long as Oldman’s, including Book of Eli and Lost in Space and Red Riding Hood. But he’s not afraid to go out there with his performances even if the movie as a whole ends up being less than spectacular. This is what makes him as crazy as he is, the risk, he takes risks as an actor, just look at his hair in The Fifth Element. But in the end it pays off because you never forget a Gary Oldman character. So to everyone, and I mean EVERYONE, if you haven’t seen any Gary Oldman movies then you’ve got some watching to do.

What’s your favorite Gary Oldman movie. Let us know and feel free to comment and sorry about that Book of Eli jab if thats your thing, it’s like not that bad… Thanks for reading.