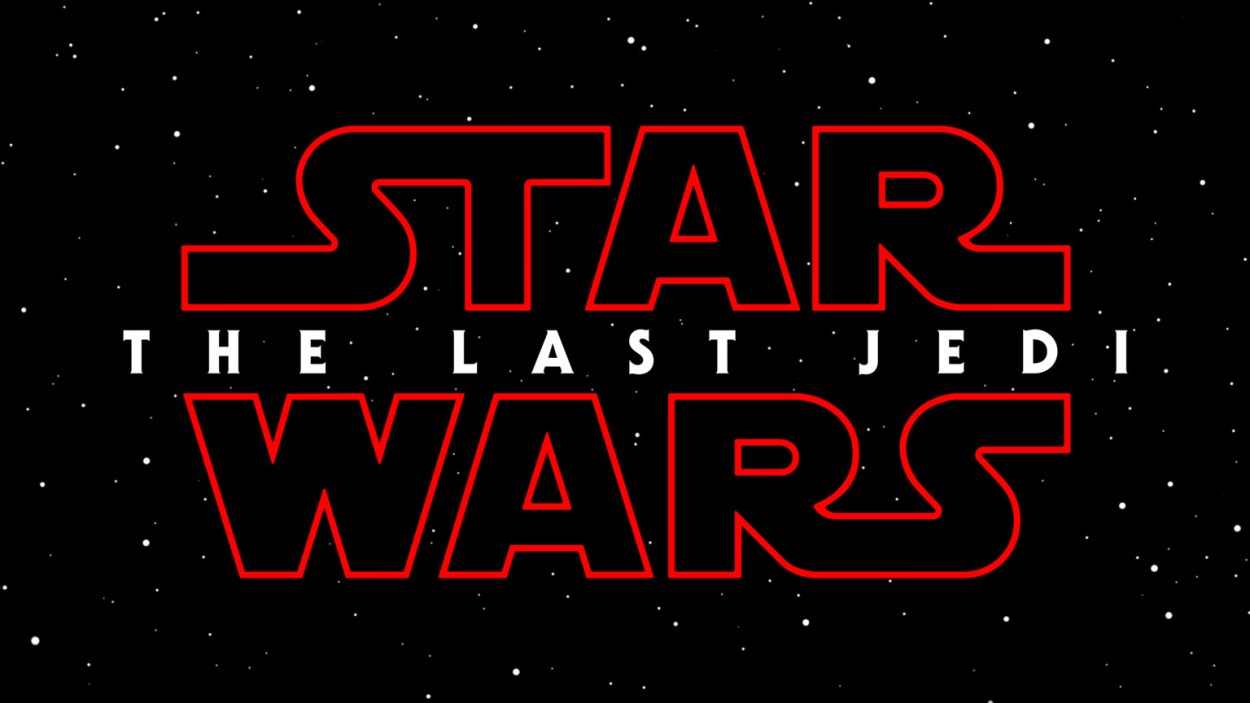 Star Wars Celebration recently went down in Orlando and as a result the internet has been spewing out Star Wars deliciousness all week, including the first amazing trailer for The Last Jedi from director Rian Johnson (if you haven’t seen Looper watch it) check out the new trailer below…

Cleary, epic as fug. A while back Adam Driver said the public should stay away from any trailers that come out and go into Star Wars The Last Jedi fresh and untainted, and I was totally up for attempting this. I remembered seeing the Millennium Falcon do a loop in the trailer for Force Awakens (When Rey and Finn first got in the Falcon) and I thought about how insane it would have been to see that shot for the first time in theaters. I wanted to stay away from this trailer, truly I tried. But less than an hour after I heard the trailer was out, I was wrist deep in The Last Jedi. I failed, but I don’t care because The Last Jedi looks absolutely amazing, dark, and epic, and the best part is I have no idea whats going.

The trailer did the fans a great service by barely giving anything away, which is how a trailer should be. Hopefully I can stay away from future Last Jedi trailers which will no doubt spoil some of the awesomeness that awaits. It goes without saying that the fans are excited, and until December I know there are fans like me who will be drowning themselves in each and every Star Wars film (yes even you Attack of the Clones).

(Rogue One spoilers ahead)

Since we’re already on the subject of Star Wars I have an argument I’d like to fire off for you. Now some of you may agree and some of you may disagree, and some of you will probably be like yeah duh guy… In any case it’s about Rogue One and one of my favorite characters in that movie (and the Star Wars universe as a whole) and that character is Chirrut Imwe played by Donnie “Force infused Daredevil” Yen.

I loved Rogue One. I’d put it in the top 5 Star Wars movie for sure, and I love Donnie Yen’s character Chirrut. My argument is that Chirrut is not just a “force sensitive” blind monk who has dedicated his life to worshipping the extinct Jedi order, Chirrut Imwe is without a doubt a full blown Jedi Master… let me explain.

Chirrut clearly has a mastery of the force. Sure he isn’t force pushing people, but he uses the force for eyes better than most people use their eyes for eyes. He took a breath of air and somehow sniped the shit out of a tie fighter, arguably showing everyone that he has the best aim in the Star Wars universe. There is also a quick close up shot of the dirt moving around his planted foot right before he whoops a bunch of stormtrooper ass (on Jedha) showing us that he can in fact move matter around him using the force. But most importantly, in Chirrut’s final scene where he ultimately gets killed, Chirrut uses the force while he slowly and deliberately strolls to those satellite controls repeating “I am with the force and the force is with me”. Chirrut used the force, possibly not even being fully aware of his control over the force, to protect himself as he “force walked”. Yes stormtroopers have shitty aim, but they’re not that shitty.

Chirrut was a master of the force and the only reason he wasn’t “technically” a Jedi is because the Jedi were wiped out like 50 years before he was even born and plus how is he supposed to get his hands on a lightsaber. I mean Chirrut is even self taught, he’s a force fueled ronin, you can’t deny the dude is a Jedi. When he dies he says to Baze “look to the force and you will always find me” and I’m fairly confident that means he’s definitely ghosting it up with force ghost Anakin, Obi-Wan, Yoda, and of course Qui-Gon. Chirrut Imwe… Jedi Goddamn Master.

Let us know what you thought about The Last Jedi teaser and tell us if you think Chirrut should be granted “force ghost friends forever” status (#FGFF)… and thanks for reading.