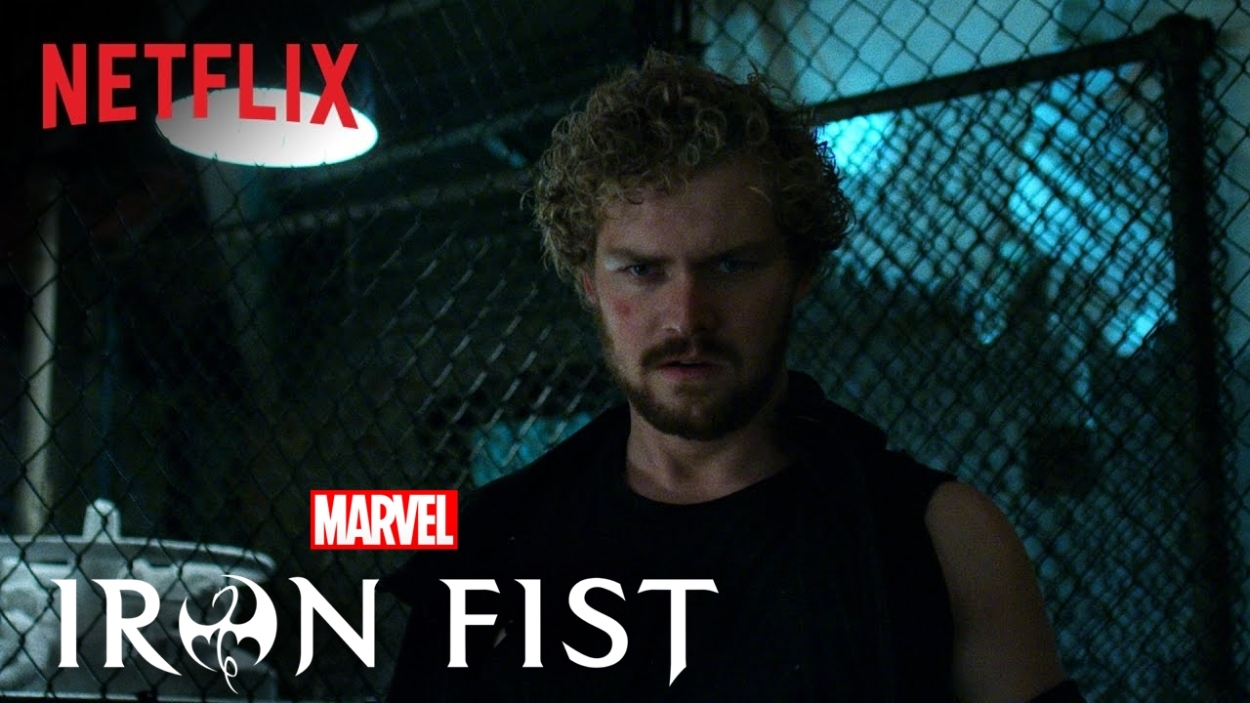 Marvel’s new Netflix show, Iron Fist, the last of the Defenders crew, has been getting some mixed reviews. Some people are bashing the hell out of it like a blind ninja lawyer, and others are trying to nurse its wounds like a no nonsense Rosario Dawson-esque nurse. I’m only a few episodes deep but long story short Iron Fist is okay. It’s not that bad, but it’s also the weakest of the Marvel Netflix shows.

This is evident right from the start with what I thought was a very underwhelming series opening, and sure, some people have been saying that Danny Rand played by Finn “Where are you going Renly” Jones, billionaire dude whose parents die and he goes away and trains with ninjas and comes back a BAMF, is similar to previous comic characters (Batman, Arrow), but thats just the way Iron Fist was written, so I won’t fault the show on that.

What I will fault the show on is Danny Rand’s all over the place personality. He’s supposed to be all about inner peace and Buddha but sometimes Danny Rand comes off kind of like a jerk. Obviously seeing his parents die and living a lifetime away in an inter-dimensional warrior monk temple might cause some strange behavioral issues, naivety, immaturity, and all that. But still, sometimes Danny Rand acts like a dick.

Then there’s the rest of the cast. Joy and her brother Ward, Danny’s old childhood friends whose supposedly dead father, along with Danny’s dead father, ran the Rand company which Joy and Ward now run. They’re also a over the place. Joy is clearly a love interest for Danny but at times she can be a dick, and her brother Ward is just a dick, plain and simple, there’s even a scene where Ward attempts the overdramatic pill swallowing move made famous by Gary Oldman (praise be to Oldman) in Leon, and no surprise Ward flounders miserably in his Oldman pill swallowing move. Harold, Ward and Joy’s father who is faking his death to hide from The Hand or something (spoiler alert) is a questionably interesting villain at best but also he’s a dick. Although I do like that The Hand has a presence in this show. Finally there’s Danny’s martial arts teacher and half-friend Colleen who moonlights as a fight clubber. She’s okay, she might not be a dick. I think it’ll take a few episodes before I can decide what her deal is. There’s just too many dicks in this show.

Structurally and time wise I really feel like the first three episodes were somewhat wasted. I mean the whole second episode is wasted on some makeshift Shutter Island style plot, and the third episode fails to wow, only offering some mild teasers into the capabilities and past of the “Iron Fist”. We did get to see a small Danny train with the monks as a little boy and if Iron Fist, Game of Thrones, 300, Kickass, and every other little kid warrior training montage has told us, if you want to make a child into a badass killer you need to beat the hell out of them. The Iron Fist power is cool to see in action but we don’t really get any spectacular action scenes. Overall the fight scenes are better than Jessica Jones and Luke Cage but they don’t hold a candle to the awesome throw down scenes in Daredevil.

Iron Fist can be cliche and it won’t amaze you like other Marvel shows do right from the start, but its far from terrible, and worth the watch if you enjoy the Marvel movies and shows. It connections to the Marvel universe are what interest me the most. The presence of The Hand and its connections to Daredevil and the characters within that show capture my attention. Its possible (at least I hope) connections to Dr. Strange with the inter-dimensional warrior monk temple really gets me interested. Dr. Strange loves different dimensions, and I would love to see some Dr. Strange mumbo jumbo in Iron Fist. I think I even saw the falcon tattoo guy from Elektra, thats a guess but also probably a spoiler. The only way to find out where this show goes is to watch more, hopefully Iron Fist gets better down the road.

Tell us what you think about Iron Fist, and thanks for reading…